We’ll be leaving soon for another Atlantic crossing, destination Caribbean. We’ve been in Europe for not quite two and a half years.

It was a good change for us. We’d essentially been in the tropics (mostly Mexico) since 2009, and I had kept Star Path based in Vallarta since 2002. We were ready to do something different. While we do love Mexico, central and S. America, it does all sort of begin to feel the same after enough years. Our time on the E. coast was also mostly great, Portsmouth, VA being a notable exception. Newfoundland was also a real highlight.

In fact, we’ve decided that we’re going to base Rocket Science on the E. coast for a few more years-we really want to explore Newfoundland some more, and also have a trip to Greenland in our sights. So, it’s most likely that we’ll sail out of Rhode Island or Maine for a few summers before bringing the boat over to the W. coast. When we’re not doing that, the plan is to live somewhere N. of Seattle. I can report that Jenny has been enjoying shopping for houses. Me too, actually. Change is good.

Anyway, our view of Europe from a cruising perspective is mixed. We really liked our glimpse of Ireland and our winter in England a lot. We did end up in more marinas than we would have liked, but that’s ok. Being dockside does come with a lot of perks.

Our trip last summer from the UK to Gibraltar was also great, particularly the rias in NW Spain. That was really an unexpected treat. I wish we would have had more time to enjoy the place.

Portugal was just a short stop for us, with a brief visit to Cascais, and a couple of weeks in Portimao.

I’ve already reported on Gibraltar, nothing further needs to be said there.

Cruising in the Med? I’ll say it-we thought it sucked. Hot, crowded (10,000 boats at Mallorca alone, or something like that), expensive, and generally not very friendly either. Also, the old adage of there being too little or too much wind is pretty close to the mark. I think that if we’d gone further E, like to Greece or Croatia, it may have been a little better, but Sardinia was far enough for us. There’s a lot more that we’d both like to see in the region, but going by boat is a drag, at least during the high season. If we’d had the opportunity to cruise in May/June or September/October, I suspect we’d feel differently.

In retrospect, we should have spent another season in N. Europe, particularly Scotland and Norway. I’m sorry to have traded the Med for missing that. But, we’d been sailing in cold conditions for a couple of years, so some warmth was attractive.

I’m writing this from about 900 miles NW of Seattle. We’re bringing the Constellation down for her annual maintenance, then I’ll be jumping on a plane to get RS out of the water for some annual maintenance of her own. We’ll then spend Christmas in Germany, and shortly after shove off for the 2800 mile passage to the islands. It’ll be our longest trip together so far. Hopefully we can maintain a 200 mile/day average and knock it off in a couple of weeks. 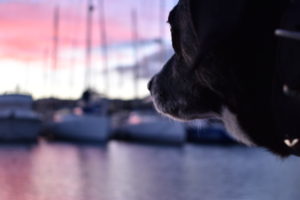 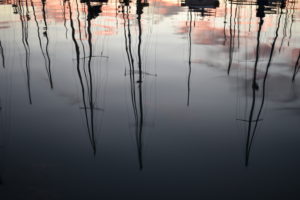 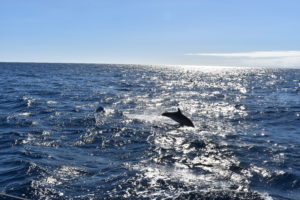