This was one of the first interactions that we enjoyed in Ireland.

Some context is in order. A passerby on the dock stopped to check out the boat and have a chat. When he asked us how long it took us to get across the Atlantic, this was his response to our answer. It turns out that ‘Piss off’ is Irish for ‘Are you kidding me?’ in our own version of our shared tongue. I was quite amused. Obviously, this was delivered without malice.

After a week of hanging around St. John’s, the three of us tossed the lines just after dark. The storm we had been waiting for was finally past, and all looked good on the weather front.

For the record, our crossing time from St. John’s to Dingle was 8 days, 18 hours and 48 minutes. Our best day’s run was 260 miles, and our top speed surfing was a rather exciting 21.8.

The passage was much better than we had hoped for. Our decision to endure the somewhat excruciating wait in St. John’s was the right call, and we managed to get across with a minimum of fuss. After motoring/sailing south to dip around the ice zone, we picked up the south side of a secondary low that formed in the wake of the big one we had been waiting for, just as the GRIBs predicted. We had favorable winds up to about 35 knots for a couple of days out of that one, racking up our best day’s run for the passage.

Next up was a period of pretty calm winds, which we motored through.

Day 5-7 found us on the west side of a high pressure system, which was coincidentally moving at just our speed. We basically were close reaching right along the same pressure gradient for this whole time. We were finally able to point the bow toward Ireland at this time as well. We had been sailing more or less straight east for days as a result of my weather routing.

Finally, the last stretch found us in a tighter pressure gradient, with winds in the high 20’s/low 30’s, which brought us some fine surfing conditions and our maximum speed for the passage. 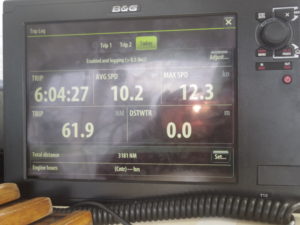 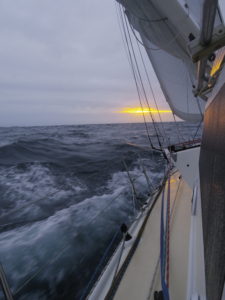 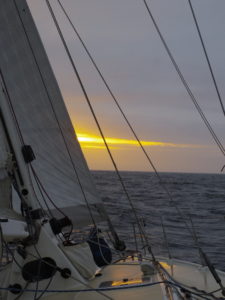 In the end, we never saw even a proper gale. Being patient was a big part of this, but some good luck played a big part too. Forecasting isn’t worth much in these latitudes beyond about 3 days, so we were really grateful that the N. Atlantic gave us a pass. I’m humble enough to admit that this passage was one I was viewing with quite a bit more trepidation that any I’ve undertaken before. There are an awful lot of tales of some really trying things happening to very competent sailors on this route, and only a fool would be so arrogant to think that he’s such a stud that he couldn’t also fall prey to the nastiness that occasionally can happen on a passage straddling 50N in this particular stretch of water. 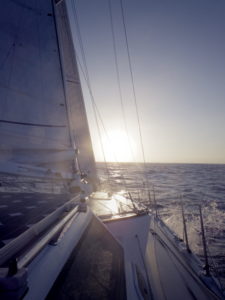 I’m glad to have it over with, and also glad that boredom was the biggest issue we had to contend with. A lost fishing float drifting by was enough to spur a good hour’s worth of conversation. 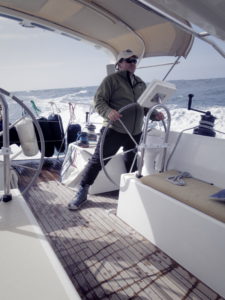 Not long after we arrived in Ireland, a whopper of a storm developed and crossed our track. It was very nice to be tied up in a tight little harbor rather than being out there for it. This, friends, is the big advantage of speed. We probably only sail the boat at about 70% of her potential, and can still rack up 200 mile plus days regularly. 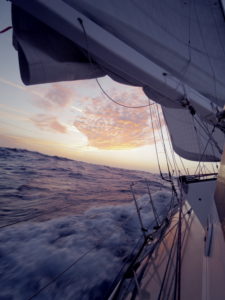 We often get questions from folks who have spent all their time on smaller boats. Often, they think that our boat’s just too big to be managed by a couple, that it’s just a matter of time before we wind up in some kind of a situation where we’ll simply be overwhelmed by our big beast. Nonsense. Mind you, we have no quarrel with someone who chooses to cruise on a smaller boat. There are a lot of positives to that approach.
The truth is that the gear for these sailboats has come an awfully long way since the early days of cruising, and boats that were once the domain of big crews the size of linebackers can now be managed quite easily by mere mortals. We’re certainly sold on the benefits of a bigger, fast boat.
For those of you reading who are not really tuned in to the world of cruising sailboats, this is a very old debate, this big v. small question. We get quite a few passersby who declare flatly that we’re a little out of our heads to sail this thing with just 2 people. This is the reason for the commentary at the moment.

Yes, we have to be a little bit more conservative than we might have needed to be on Star Path or Western Explorer, but the truth is that Rocket Science is far more manageable than Western Explorer was, and probably on a par with Star Path, which was a little 36′ ketch with tiny sails. It really comes down to weight. RS weighs far less than the steel boat did, and just a little more than the ketch.

The benefits of some really good design also factor in here.

Anyway, we’re finding Ireland to be very nice so far. A few more days here and we’ll cross over to England. 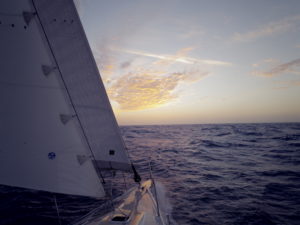 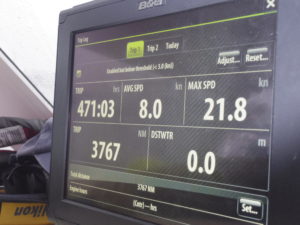 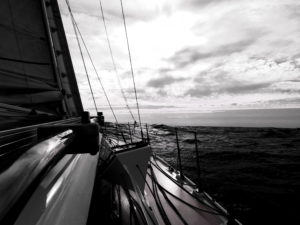 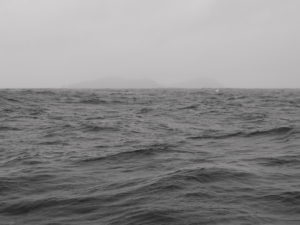 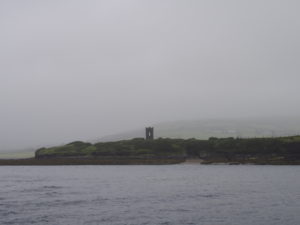 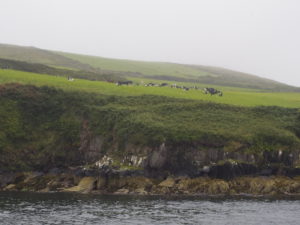